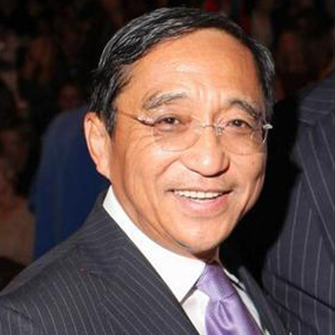 Silas Chou President & CEO
Novel Enterprises
Consumer Lifestyle, Fashion, Apparel& Retail
Mr. Chou is President and CEO of Novel Enterprises Limited, one of the world's leading vertically-integrated textile and apparel manufacturers. Mr. Chou was actively engaged with his family in the establishment of Dragonair, an award-winning international airline with its hub in Hong Kong. In 1989, Mr. Chou formed Sportswear Holdings Limited with another partner, Mr. Lawrence Stroll, to acquire Tommy Hilfiger Corporation. He served as Chairman and then Co-Chairman from 1989 to 2002. It grew from a $25 million U.S. men's apparel company to a multinational $2 billion dollar brand in just eight years, and is considered one of the major success stories of the industry in recent history.

In 2003, Sportswear Holdings purchased a majority interest in Michael Kors Corporation, of which Mr. Chou is Co-Chairman. Michael Kors is recognized as one of America's pre-eminent designers for luxury sportswear. This brand name currently produces a range of products through Michael Kors Collection, KORS Michael Kors and MICHAEL Michael Kors labels, including men's and women's ready to wear, women's accessories and a full line of fragrance and beauty products for both men and women.