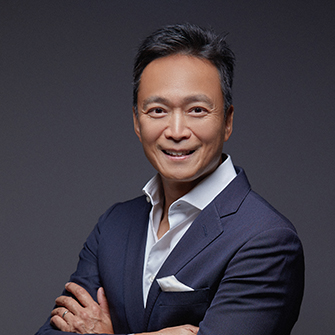 Harry is a Founding Managing Partner of ClearVue Partners and has 30 years of senior management and private equity experience. Harry was most previously Managing Director of CP Equity China, working with US based private equity firm Catterton Partners to bring global consumer brands to China and identifying investments for their global fund.

Prior to that, Harry was Chief Marketing Officer of Pepsico Greater China. Brands under his management included Pepsi Cola, Gatorade, Tropicana, Dole, 7UP, Mirinda, Starbucks, and Lipton tea. Harry was also VP of corporate relations for the Pepsico Investment Co. Ltd, where he was responsible for identifying investment and partnership opportunities for the company.

Prior to Pepsico, Harry had been at the forefront of the media/music industries in Asia for over 10 years, as Managing Director of MTV N. Asia, and as President of Universal Music SE Asia, where he led the companies through significant revenue growth and business model transformation.

During his tenure at Universal and Pepsi, Harry was responsible for creating the leading hit television shows "我型我SHOW" and Pepsi's "Battle of the Bands" for the China market.

MBA from USC, BS from SUNY-Albany.