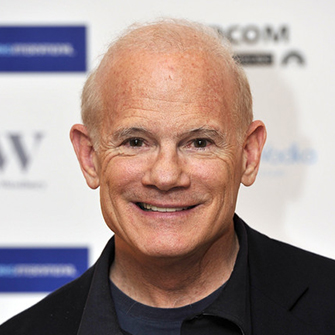 Bill Roedy Former Chairman & CEO
MTV Networks International
Consumer Media & Entertainment
Mr. Roedy is the former Chairman and CEO of MTV Networks International, where he and his team built from scratch a global operation of 200 channels, 20 brands (including MTV, Nickelodeon and Comedy Central) in 200 countries, reaching a potential audience of 2 Billion people, launching the most channels in the history of TV.

Prior to joining MTVNI, Roedy was a Vice President for HBO for ten years, and was inducted as one of the “Pioneers” of the U.S. cable industry and most recently into the Cable Hall of Fame Class of 2015

Earlier he was a career officer in the United States Army where he qualified as Airborne and Army Ranger and was a decorated combat veteran in Vietnam. He also commanded nuclear missile bases in Europe as part of NATO

Mr. Roedy serves currently as Chairman of the Staying Alive Foundation, which provides young people with resources to fight the epidemic at the grass roots level, in combination with MTV’s award winning HIV/AIDS programming

In 1998, Mr. Roedy was named Ambassador for UNAIDS and he has addressed the UN General Assembly on several occasions regarding the pandemic. He was a founding member and chair of the Global Business Coalition on HIV/AIDS from 1999 to 2002, and currently serves as Chair of the Advisory Board. In 2005, UN Secretary General Kofi Annan appointed him founding chair of the Global Media AIDS Initiative Leadership Committee.

Roedy holds degrees of Bachelor of Science from West Point and and an MBA from Harvard. He is also the author of ‘What Makes Business Rock’, described by CNBC in their Best Books of Summer 2011 as “rockin’ good fun and full of actionable advice for execs.”